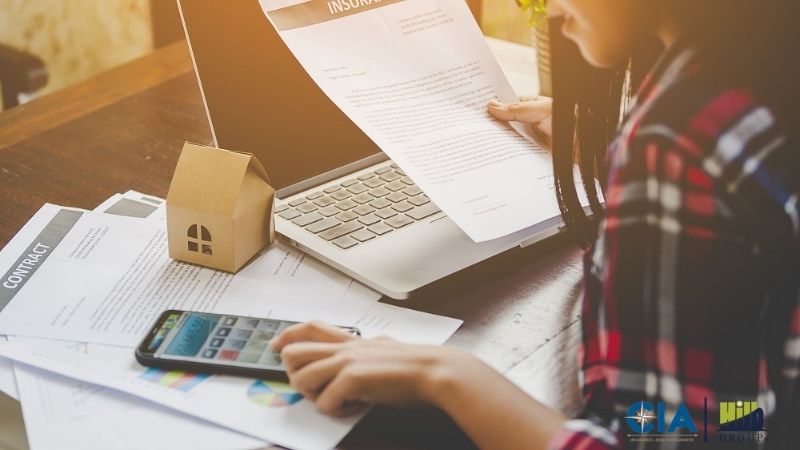 Commercial insurance premiums rose for the 18th straight quarter to start the year. However, the increases moderated compared to the final few months of 2021, according to The Council of Insurance Agents & Brokers’ (CIAB) Commercial Property/Casualty Market Index.

“Consensus among respondents in Q1 2022 was that, while premium prices increased, there were signs that market conditions eased somewhat,” CIAB stated in its report. “Across the board for all account sizes, the rate at which premiums increased was either the same or lower than in Q4 2021.”

Pricing increased 6.6% compared to 8.7% in the fourth quarter last year. Medium-sized accounts saw the largest average increase in premium pricing at 7.3%, compared to a 6.4% average for small accounts and 6.2% for large accounts.

Increases for cyber pricing slowed but remained well in double-digit territory. First-quarter average increases of cyber premiums were 27.5% versus 34.3% in the prior quarter. Carriers also enforced stricter underwriting requirements, including mandating cybersecurity protocols such as multifactor authentication, often outright denying insureds with insufficient or no loss controls, according to the CIAB report.

“According to respondents, some of the primary drivers for the continued price increases were the increasing frequency and severity of cyber claims,” CIAB said. “Tension caused by a combination of reduced carrier appetite for the risk and high demand was also a key driver. The high demand for cyber coverage is, in part, fueled by greater awareness among policyholders of the threat cyber risk poses for businesses of all sizes.”

Commercial property insurance was top of mind for brokers, even though fewer than 30% of respondents reported increased claims, and just 39% said they observed increasing demand. A common issue was upward pressure on property valuations.

“The biggest change [in underwriting] was the push for adequate valuations, which pushed premiums up,” said a broker based in the Midwest. “Carriers applied greater scrutiny of property valuation to be sure both personal and commercial risks were insured to the correct value.”

Sophia Najjar joined CIA Insurance and Risk Management in 2008. Through hard work and dedication, she became a partner in the firm in 2017. She focuses on loss control and risk management for medium and large size companies where she leverages CIA Insurance and Risk Management’s unique Pathway process to assessing risk. Sophia believes that a proactive prevention strategy allows business owners to reduce the total cost of risk associated with their company. This can result in companies being viewed as more attractive to the insurance market place, ultimately lowering their insurance premiums.

Sophia and her family reside in Macomb County. While away from work, she enjoys spending time with her kids, mom, and sisters. She loves the outdoors, nature, taking long walks or finding a quiet time to read are all ways Sophia reenergizes herself.

Janelle joined CIA Insurance and Risk Management in 2008. She utilizes a proactive approach to assist our clients in designing, developing, and maintaining an excellent benefits program in order to attract and retain the best talent.

Janelle has made it her mission to take the areas of Technology, Communication, Compliance, Data, and Enrollment to help her clients make informed decisions on their benefit programs. Working not only with company leadership but integrating employee education. Empowering employees to be the best consumers of their healthcare.

Janelle, her family reside in Macomb County. In her free time, she enjoys traveling and trying new restaurants.

Matt joined CIA Insurance and risk Management in 2019, bringing with him 3 years of risk management experience. He specializes in guiding businesses owners toward protecting their assets and employees through a targeted risk management approach, knowing that each organization is different.

Tim joined CIA Insurance & Risk Management’s commercial insurance team in September 2017. He came to the firm with a diverse history including experience in automotive warranty arbitration and publishing. Tim studied communication at Wayne State University where he focused on digital media and intercultural communication strategies.

With this background, Tim brings a sincere, unique approach to understanding his client’s needs and believes that a proactively managing risk can lead to lower overall costs, not just lower premiums.

Tim is originally from Interlochen, MI, but now resides in Ferndale, MI. Outside of CIA, Tim enjoys reading (or listening to) Sci-Fi and Fantasy novels, and is an avid golfer and international traveler.

Anne has been with CIA Insurance and Risk Management since 1989. She processes many back office functions, including Accounts Payable and Accounts Receivable, as well as manage internal reporting and coordinate licensing for carriers and agents.

Anne resides in Macomb County. In her free time, she enjoys reading and drawing.

Outside of CIA, Kelly is preparing to adjust to an empty nest with her husband and looking forward to finding some new hobbies that include family, friends and volunteering at her church.

Tiffanie joined CIA in June of 2016 as the Employee Benefits Client Account Manager. Having been in the industry for 10 years, Tiffanie has been in both sales and service to ensure her clients receive optimal service. She enjoys employee benefits because she has the opportunity to help clients understand their benefits better and how to make their benefits work for them. Tiffanie resides in Macomb County with her son and enjoys being outside (especially BBQing) and serving at her church.

Jacqueline joined CIA Insurance & Risk Management in September 2016.  She came to us with over one year of experience in financial services and life insurance.  At Hillsdale College Jacqueline studied Latin, a discipline which cultivated her detail-oriented, organizational skills that she now brings to the Employee Benefits department.

In her free time, Jacqueline enjoys exploring the great state of Michigan with friends and family, whether it be skiing in winter or soaking up the sun on a lake in summer. “Up North” isn’t just a place for her – it’s a frame of mind.

Not only is Melissa new to CIA, but also to the state of Michigan. She brings with her over ten years of working within Client Relations, and is very excited to bring this experience to the company.  In her spare time, she enjoys attending cultural events, and spending time in nature and with her pets.

Ashley joined CIA Insurance and Risk Management in 2016. She has a strong passion for delivering exceptional client service and has experience working with clients of various sizes and industries.

When away from the office, Ashley enjoys ballroom dancing and was on the MSU competitive ballroom dance team. She enjoys traveling, spending time with friends and family, going to red wings games, and cheering on the Spartans.

Linda joined CIA Insurance and Risk Management in 2018 as a Commercial Middle Market Account Manager. She has been in the insurance industry for over 20 years. She thrives on building strong relationships with her clients and meeting their insurance needs.

Linda resides in Port Huron with her husband. She enjoys boating and camping, although her biggest joy is spending time with her children and grandchildren.

Tonia joined CIA Insurance & Risk Management in 2018 as an Commercial Account manager. She loves to get close with her clients to learn about their businesses and how they work. She enjoys working with clients from various industries and learning their operations. When away from the office, Tonia enjoys boating and spending time with her dog, family and friends.

•Property and Casualty License through the State of Michigan

Jeanine Bruwier joined the CIA Insurance team in October of 2010.  She prides herself on providing excellent customer service and enjoys building relationships with those that she works with.  Jeanine enjoys spending time with her family in her spare time.

Liz joined CIA Insurance and Risk Management in 2018, bringing years of client experience from the technology industry to the team.
When not working, Liz enjoys being outdoors with her two dogs, traveling, and cooking for her friends.

Christa Jannetta joined CIA in May 2017 as a Personal Risk Advisor. She has been licensed since 2000, and has since then worked in the Personal Lines Insurance field.

Outside of CIA, Christa and her husband enjoy when they have the opportunity to travel, see new movies, dine out, shop, and often spend time with family and friends.

Anna joined the CIA Insurance and Risk Management in 2002 as a Personal Risk Advisor. She brings more than 30 years of experience in the insurance industry. Anna maintains client relationships and performs both sales and service for the Personal Lines book of business.

Personal/community comments… Anna, her husband, and 3 sons reside in Macomb County. In her free time, she enjoys cooking, traveling, walking and spending time with family. Anna is also bilingual, speaking both Italian and English fluently.

Tim joined CIA Insurance & Risk Management in September 2017 as a Commercial Insurance and Risk Advisor. He came to the firm with a diverse history including experience in automotive warranty arbitration and publishing. Tim studied communication at Wayne State University where he focused on digital media and intercultural communication strategies. With this background, Tim brings a sincere, unique approach to insurance by understanding his client’s needs and by proactively managing his client’s risk to lower overall costs, not just lower premiums.

Tim is originally from Interlochen, MI, but now resides in St. Clair Shores, MI. Outside of CIA, Tim enjoys reading (or listening to) Sci-Fi and Fantasy novels, and is an avid golfer and international traveler.

Sam believes in providing excellence to CIA Insurance and Risk Management’s clients by offering the tools to achieve long-term stability and growth. His knowledge in what drives costs for a business and how to manage their risks as well as being a forward thinker in the business world generates a true desire for corporate clients to partner with him and his team to address their goals.

Proving to be a driving force in all aspects of his performance, Sam brings over 25 years of experience in commercial risk management to the table. Four years after joining the company, Sam assumed shared responsibility for the daily management of personnel, client relations and operations. In 2006 Sam took a lead role in management of the company as CEO. He dedicates every day to help reach his team’s dreams of building a path for their career growth as they continually strive to meet and exceed client’s needs and expectations.

Sam, his wife, and children reside in Macomb County. He is highly involved in supporting area non-profit organizations. Sam brought his passion to CIA Insurance and Risk Management which has created an annual Charity Car Show. Each year, the employees select a non-profit to be the benefactor for this event that draws over 300 participants and spectators from the community. 100% of the proceeds go directly to that year’s charity.

Jim truly enjoys meeting and servicing clients as he continues to contribute to the growth of CIA Insurance and Risk Management. He has found great satisfaction in the development of long-term relationships with clients as well as employees.

Jim and his wife reside in Macomb County. In his free time, he enjoys everything automotive. Jim and his wife spend time with car enthusiasts at car shows. He also finds any time possible to visit his daughter in Florida.